No restrictions at this time. 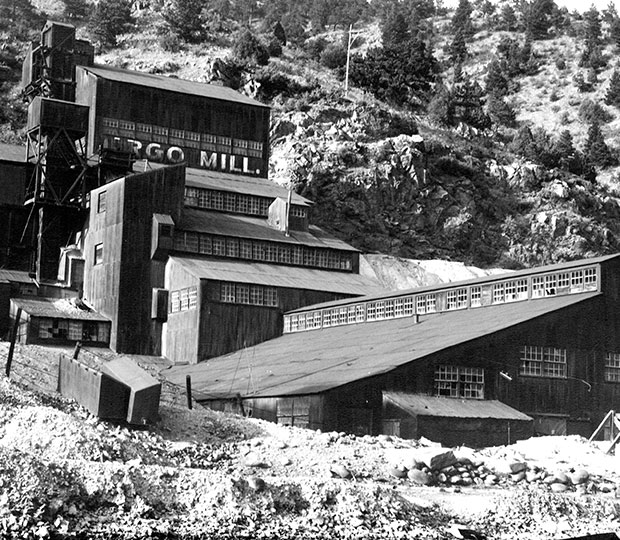 During the Colorado Gold Rush, the Clear Creek and Gilpin County mining districts were known as The Richest Square Mile on Earth. The Argo played an integral part in this story. Construction of the Argo Tunnel (then called the Newhouse Tunnel) began in 1893 and lasted 10 years until it reached Central City 4.2 miles away. In the Argo history, dozens of mines and hundreds of miles of mine workings connected to and benefited from the Argo Tunnel. In addition to draining the mines of water, the intrepid Argo entrepreneurs sold ventilation air, compressed air, haulage, transportation, and ultimately milling services to the mines. The Colorado and Southern Narrow Gauge Railroad ran directly in front of the Argo and provided easy transport to the smelters and the United States Mint, which was located in Denver due to its proximity to these riches. The Argo Mill was the master stroke – a state of the art facility providing the latest technological advancements in milling and situated at the mouth of the mighty tunnel. The services and efficiencies provided by the Mill and Tunnel greatly improved the profitability of the industry, thereby extending the gold rush in the area for decades. 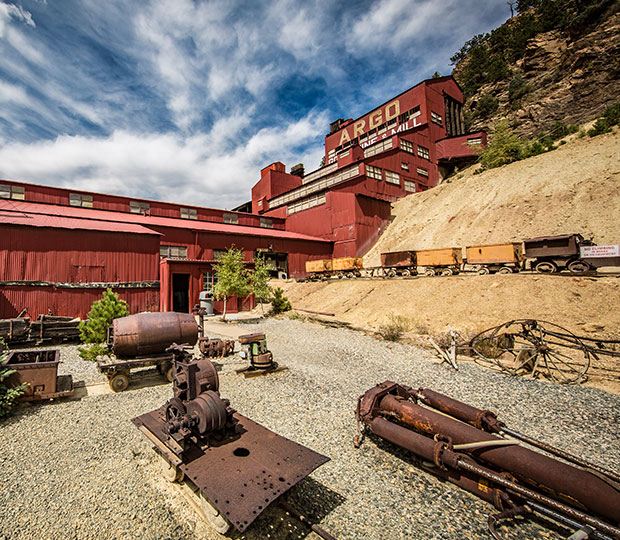 On January 19th, 1943, a catastrophic flood in the tunnel caused the Argo Mill and Tunnel to cease operations. Due to the devastating force of the accident, as well as WWII, the operations ceased permanently. Much of the equipment used in the Argo history remains in place today, including mining and milling artifacts, original payroll documents and receipts, and antique photographs. The Argo Mill sat abandoned until February 1976 when the property was purchased by a local entrepreneur whose goal was to preserve the Argo and open it for tours. In 2016, a dedicated group of local preservationists and visionaries purchased the Argo and continue to make impactful improvements to this remarkable site as well as the visitor experience of the Argo history. 2021 marks the 128th birthday of the Argo Tunnel! Are you ready to immerse yourself in this riveting story? Book your tour now!